Dear Esteemed Customer,
Due to the recent Covid-19 Pandemic, we would like to encourage you to embrace our delivery service. This will help us protect each other and adhere to the social distancing directive. Payment is on delivery in Nairobi.
Note

Rated 4.00 out of 5 based on 1 customer rating
(1 customer review)
Availability:

Email when it's available

Samsung A10 is the cheapest phone in the new Samsung Galaxy A series. This smartphone is characterized by a large display and an attractive camera profile.

Samsung Galaxy A10 features a big 6.2-inch display with 271PPI density. The display utilizes PLS TFT technology.  The display is good enough for an average smartphone user.  It is notched. Galaxy A10 smooth curved edges make it easy for the user to hold and use it in one hand.

Samsung Galaxy A10 at the best price in Kenya

Get yourself the Galaxy A10 at the lowest price from Gadgets Leo. We will do our best to deliver it within the shorted time possible.

This device is powered by a 1.6GHz Octa-core processor paired with 2GB of RAM. All basic apps should run on this mobile phone without lagging.  It can also handle graphics-intensive games without any issues.

Samsung A10 runs on Android v9.0 Pie out of the package.  This is the latest version of the Android OS.  This is a good thing because budget Samsung Galaxy devices rarely receive updates.

The A10 provides 32GB internal storage space and supports the use of a microSD card of up 512GB.

Samsung Galaxy A10 is equipped with a 13 megapixels camera at the back and 5 megapixels front-facing camera.   This is pretty good for a smartphone in its price range.

A 3400 battery powers the A10. It has enough juice to keep it on for a full day on a single charge. 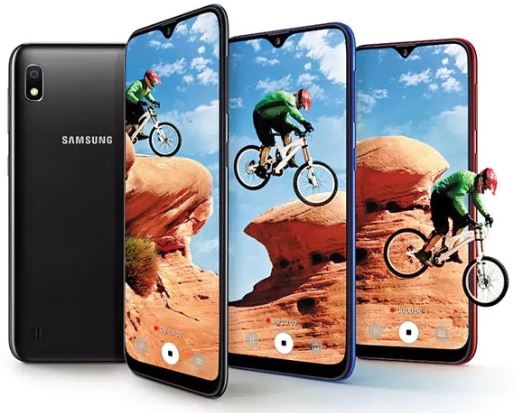 Do you think this is the right phone for you? Feel free to buy it from Gadgets Leo at the lowest price.