Rated 5.00 out of 5 based on 1 customer rating
(1 customer review)
Availability:

SAMSUNG GALAXY A30 UNBOXING & REVIEW! WATCH THIS BEFORE YOU BUY.

Samsung Galaxy A30 display and design

Just like other Samsung A series smartphones, the A30 back cover is made of Glasstic, a material made of glass and plastic. This material is attractive and durable. Both the back and the frame are made of Glasstic. It also features a 6.4-inch super AMOLED 1080p that delivers fantastic color contrast and brightness. The aspect ratio is 19.5:9 with a pixel density of more than 403ppi. The U-shaped notch at the top of the display houses the 16MP selfie camera and the earpiece. The side bezels are incredibly slim, but the chin is a bit large. The dual camera on the back comprises of 16MP primary camera and the 5MP secondary camera. The LED flash sits just below the rear camera. The very responsive fingerprint scanner sits on the back. 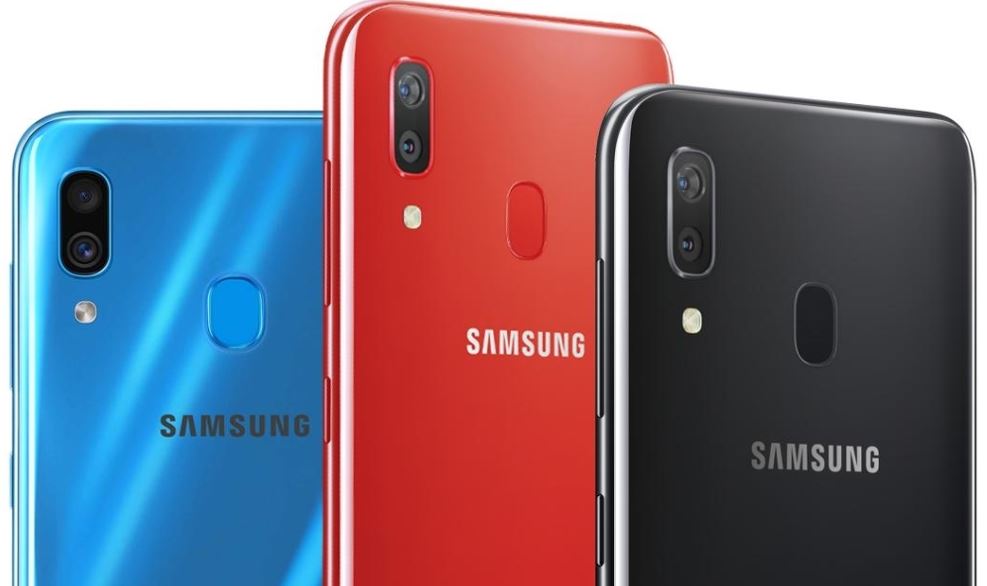 The Galaxy A30 runs on the new OneUI on the latest Android 9 pie. The new OneUI is packed with plenty of fantastic customization features including gesture-based navigation, icons on the upper side of the display among many others. The A30 is powered by a powerful chipset, the Samsung Exynos 7904. This chipset is an octa-core processor and contains two high-performance Cortex A73 cores clocked at 1.77GHz that handles tough tasks and six power-efficient cortex A53 core clocked at 1.59GHz that handles simple tasks. This chipset is also equipped with Mali G71 MP2 GPU that handles all the graphic tasks.  The A30 comes with either 3GB or 4GB of RAM and 32GB or 64Gb of storage depending on the model that you choose.

Samsung Galaxy A30 rear camera features two snappers, the primary 16MP with an f/1.7 aperture and a 5MP ultra-wide fixed focus with an f/2.2 aperture. The LED provides illumination in poorly lit areas. The front camera(selfie) is armed with a 16MP sensor with an f/1.7 aperture. Although the quality of images taken by the back and selfie cameras are not as good as the flagship phones, their image quality is also very impressive. Both the front and the back camera take high quality, detailed images especially when taken during the day.

Just like the A50, Galaxy A30 boasts of a powerful 4000mAh battery which can last for up 24 hours. The battery is refiled by a 15W fast charger that can refile about 40% of the depleted battery in less than 30 minutes.

The A30 is an ideal phone for anyone looking for a powerful but pocket-friendly phone. It has many amazing features that make it stand out from other competing devices. Its design is also superb.