Samsung seems to have adopted a new strategy for its smartphones. The S series targets the high-end market, and A series targets the mid-range market while the M series targets budget customers. The new Samsung Galaxy M20 has given other competing devices like the Xaomi Redmi Note 7 a run for their money. The M20 targets explicitly the people who want to own a premium-looking phone without breaking their pocket.

The M20 flaunts a 6.3-inch TFT LCD with a waterdrop notch, which Samsung calls the Infinity-V display. It features a screen resolution of 1080 by 2340 pixels,19.5:9 aspect ratio and 409 PPI pixel density. The M20 has slim bezels and chin than other competing phones. The screen to body ratio is 84%, which is pretty impressive. The display viewing angle and sunlight eligibility are also amazing.

The M20 has an all-plastic construction. This is expected for a budget phone. However, the overall look and feel of the plastic covering will amaze you. It is attractive with a smooth glossy finish. The dual rear camera sits on the top left corner of the phones back. The LED flash sits just below the primary camera. A very responsive and easy to reach fingerprint sits on the upper side of the phones back. The power and volume buttons sit on the right while the card slots sit on the left. The USB type C, primary mic, and the 3.5mm jack sit on the bottom side of the phone. 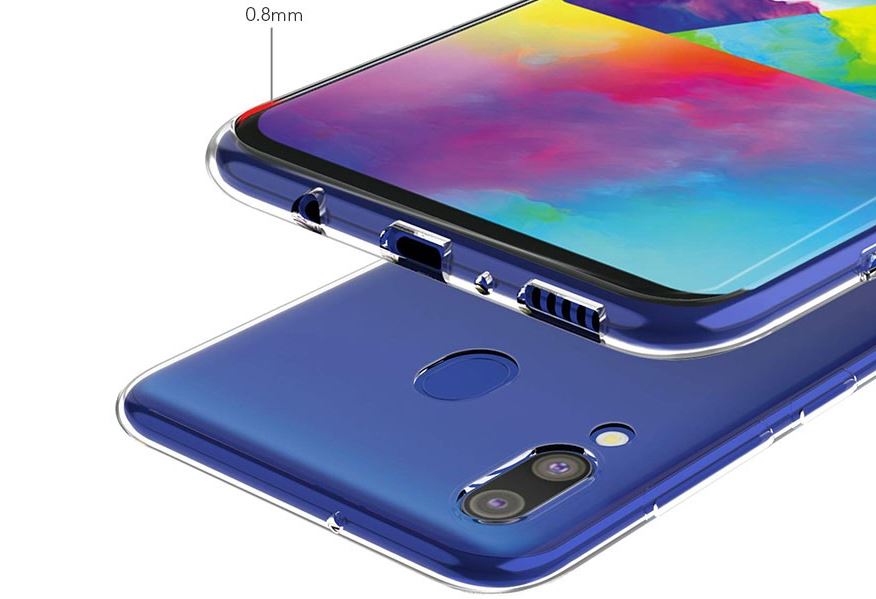 The M20 is the first Samsung smartphone to be powered by the Exynos 7904 octa-core chipset that features two Cortex A73 clocked at 1.8GHz and six cortex A53 clocked at 1.6 GHz. The Mali-G72 MP2 handles all the phone’s graphics. The M20 has two memory versions, the 3GB/32GB, and the 4GB/64GB, which is slightly expensive. The M20 supports a micro SD card of up to 512GB. The phone runs on the Samsung user experience 9.5 UI on Android 8.1 Oreo operating system. However, Samsung is set to release the Android 9 Pie update by the end of August. The overall performance of the M20 is impressive with minimal lags. It is ideal for average phone users.

The M20 comes with a dual rear camera with 13MP primary sensors with an f/1.9 aperture and a 5MP secondary camera with an f/2.2 aperture and 120-degree ultra-wide-angle lens. It also features an 8MP selfie camera. This phone is capable of taking great images with decent color accuracy under the right lighting conditions. However, in low lighting, the camera delivers mixed results. Overall, the image quality of the M20 is better than most competing phones.

If you wish to own a smartphone with excellent performance, fantastic design, and reliable battery life, then the Samsung M20 is a great choice. It is among the best-selling budget smartphones in the Kenyan market.